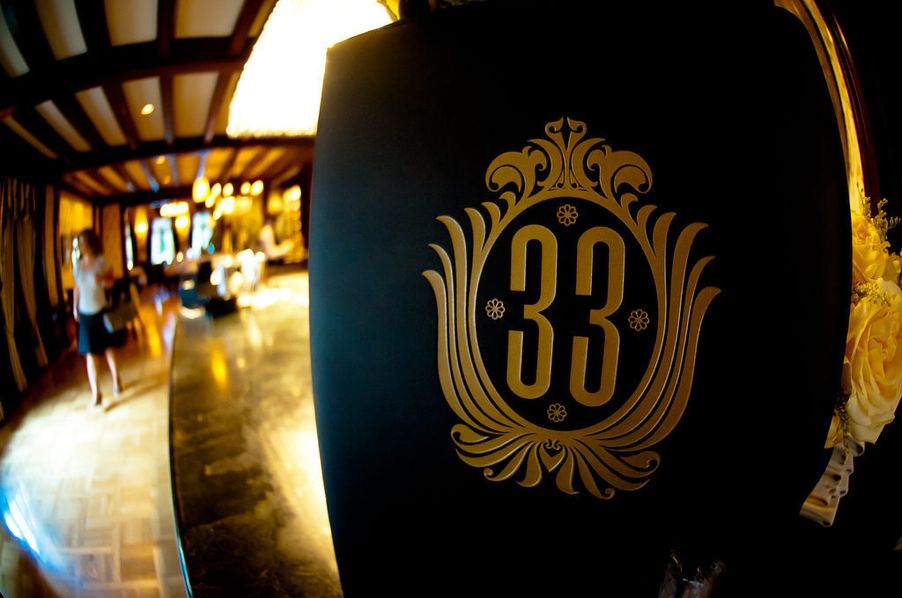 Because I am heavily crowd-averse, I would almost never be caught at Disneyland on a Saturday… during Halloween peak… during the 60th celebration time. But, I had to bend my own rules this weekend because a very, very, very special opportunity arose for my fiancee and I– a chance to dine at the very prestigious Club 33!

It’s been on my bucket list for years and years, and it is one of those things you just never know if you’ll ever be able to accomplish or not because for many of us (myself included) accomplishing it is really in the hands of others. So, a few weeks ago when someone asked if I’d be able to make a somewhat last minute trip to Disneyland to check out Club 33, it was without hesitation that I said YES and began booking hotels and airfare.

My fiancee and I arrived late Friday night and checked into our Toy Story themed room at the Fairfield Inn and Suites Marriott, right on Harbor Blvd and an easy walk to the park.

We got what little sleep we could and headed to the park early for character dining at Plaza Inn, which was actually a lot fun. Neither of us are morning people, but meeting the characters actually was a nice little way to spark our early morning energy.

We hit a few rides before our friends arrived and before the park became a traffic jam, namely Peter Pan, Pinocchio, and Storybook Land Canal Boats.

When our friends arrived, we did Thunder Mountain, Pirates, Mark Twain, and Space Mountain.

By now, it was time for lunch at the Big Thunder Mountain Ranch BBQ. Normally, we’d go for Blue Bayou, BUT, as you may know (sadly) Big Thunder Mountain Ranch BBQ will be closed for good soon as they make way for Star Wars Land, so we wanted to enjoy some endless BBQ one final time. After that, it was time for a little mid day break. It was hot, crowds were packed in, so rides weren’t going to be accomplished anyway.

A nice long nap was just the ticket, and we returned to the park around 6pm, walked around, enjoyed the sites since the rides still had crazy long waits, and eventually we arrived at Club 33 for our 9pm reservation. Normally I’d say 7 attractions (two of which were Mark Twain and Storybook Canal Boats…) in a full day at Disneyland was a total failure, but this was the moment we’d all really been waiting for… this was why we were here…

Our friend and host who had the reservations did the honors- he rang the bell, gave them his name, and the Club33 door sprung open. It was happening. It was FINALLY happening. They greeted us with Disney cheer, and we waited in the Courtyard of Angels a bit enjoying complimentary (and refreshing) Apple Cider until our table was ready.

Soon we were ushered upstairs and that’s where the magic really went into overdrive. We got upstairs and entered the Club 33 lobby which is decorated so nicely. It’s very light and open, but with ornate yet tasteful decorations.

When you enter (via the stairs), to the left is the lounge/bar, and straight ahead is the dining room which is where we’d be. We were escorted to our table and we all sat down and took in how awesome it was to be sitting there. I am not sure what it felt like to board the Titanic for the first time, but I imagine the ‘awe’ must have felt similar. You’re just in amazement of the history of this place, the ambiance, the people, the scenery, and of course, a love of all things Disney makes it that much more awe inspiring.

Soon the menus arrived, where you pick between a five course (cheese OR dessert) and a six course (cheese AND dessert) meal. You select your items up front (except dessert if you want to wait to pick later) and they bring them out at a nice leisurely pace. I think they must know that people want to really enjoy their time there, if for no other reason than most people may not get another shot to visit.

As our courses arrived one by one, we enjoyed eating the delicious food while we could hear Fantasmic’s first show, then the 60th anniversary fire works, then Fantasmic’s 2nd show, all in the background throughout. Occasionaly we’d go out onto the balcony to see and hear the shows (there were some trees that blocked most of the view, but it was still cool).

We schmoozed, got up to wander around and admire the club, bought some swag, and by the time we’d actually reached the conclusion of our meal it was midnight. And yet, somehow, it felt like we’d only been there a few minutes. Time flies when you’re having fun in one of Walt’s favorite places (even if its been refurbished a bit). I can’t say enough good things about my first trip to Club 33 — the food was amazing, the service was impeccable, the decor was phenomenal. I sincerely hope that I get to dine here again (or, even better, have the kind of cash it takes to be a member in 20-30 years).